You have new quote information. View My Dashboard ×
Sign In
Sign In
New to Wiremasters? Start here.
Welcome,     | Sign Out
Ship To: {{vm.session.shipTo.lastName}} {{vm.session.shipTo.firstName}},
Welcome,
Sign Out
Americas | English
For optimal site performance, we recommend utilizing a web browser other than Mozilla Firefox.

| Amanda Kole
Last week, WireMasters was swinging for the greens in Fresno, California as we sponsored and participated in the NIACC-AVITECH Technologies charity golf tournament benefiting the Wounded Warrior Project. Held on the premier course at Belmont Country Club, WireMasters and other participants teamed with warriors as they spent the day playing a round of golf, eating a delicious lunch, and competing in contests such as longest drive and closest to the pin. There were also two auctions held; both silent and live, where attendees could bid on items with all proceeds benefitting the Wounded Warrior Project.
It is always a pleasure to participate in charity fundraisers, but to play and be blessed in the presence of true American heroes is a huge honor. These men and women have fought for our country and our freedom, putting their lives on the line for their fellow Americans. Proceeds from the tournament will go to support the Wounded Warrior Project as they serve veterans, service members, and their families who have sustained a physical or mental injury, illness, or wound during their military service.
During the meal served at the tournament WireMasters, among others, had the opportunity to hear a Soldier’s story and how the Wounded Warrior Project had impacted him and his family. To hear inspiring words about the great things this organization makes possible is humbling. By the year 2017, 100,000 warriors will be served through the WWP organization, $96 million in benefit entitlements will be secured for warriors and families, 11,000 warriors will have participated in the WWP Odyssey Project, 65,000 warriors and their families will have been served through the physical, health & wellness program, and 10,000 warriors and caregivers will be employed through the warriors to work program.
On behalf of WireMasters we would like to thank the Wounded Warrior Project for making these opportunities possible, and a huge thank you to all men and women who have served or are currently serving in our military. Your dedication, service, and sacrifices are truly admiring. It’s only through your selfless acts to protect this country’s freedom that we can enjoy our liberty as Americans. May God bless you and your families! 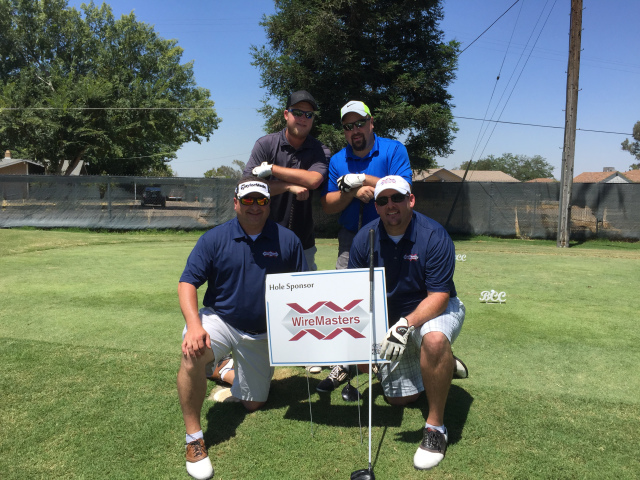